What is the “OFF SET”
One measures the OFF SET at the beginning of each block row. It is the dimension measured from the edge of the first block of the first row to the edge of first block of the second block row laid and so on.
For the visual effect of a retaining wall it is important to note that the distance / dimension of the OFF SET at the beginning of each block row should always be the same. Even if curves, circles or soft angles are integrated into a wall, this rule applies. For instance if one chooses to lay the first block of the second row of blocks exactly halfway over the joint of the first block row, then each subsequent row should be laid the same way. The GreenLock 12 series is 380mm long the OFF SET dimension would then be 180mm.
It is not important what the OFF SET dimension is, as long as it always the same dimension with each row laid. If one follows this advise the finished wall will look stunning, aesthetically pleasing and important for the eye, with evenly fluted joints. If one does not follow this rule, the wall will not be weaker but it will visually look untidy and create a “dizzy” look.

Important Note:
If a sharp corner, like 45 or 90 degrees corner is integrated into the wall this rule does not apply. For sharp corners and after the first block row has been placed and laid including the corner, the second row of blocks should start with the corner block placed exactly over the bottom corner block using the chosen Set Back dimension. The next blocks are then laid in both directions away from the corner block. The joints between the blocks of each block row will automatically form an evenly distributed fluted pattern over the whole length and height of the finished wall.

The 45° marker on the back block lines up with the centre marker on the front block, means that there is a 45 ° angle between the blocks. 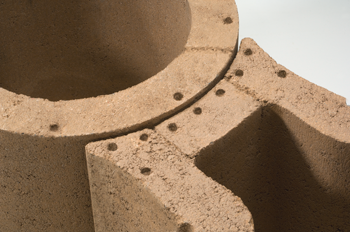 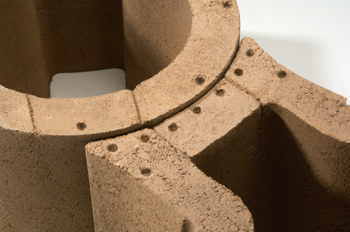 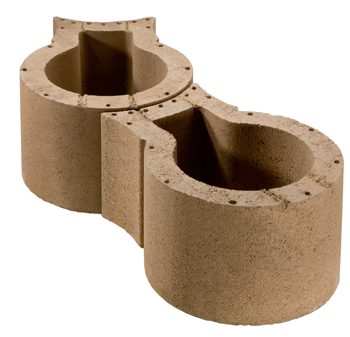 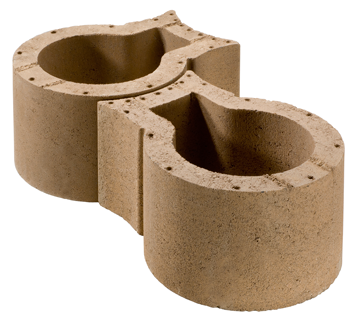 For steep and/or high walls the first layers can be filled with concrete and/or steel bars for extra stability.
Place a flexible perforated drainage pipe, 75-110mm in diameter, behind the first row of blocks, wrap this in filter fabric. Ensure that 19mm gravel is wrapped in filter fabric around the drainage pipe. The gravel layer should be at least 400mm wide and 220mm deep. Please note that for proper drainage the drainage pipe assembly must be placed slightly higher than the ground surface area of the front of the retaining wall. Drainage outlet pipes, connected to the main drainage pipe, should be installed intermittent and in accordance to the length of the wall, allowing any accumulating seepage water behind the wall to escape freely.
To achieve the desired angle and setback of the wall, refer to the supplied setback table. (The setback distance is measured from the outermost part of the block. A setback of less than 21mm will allow soil to fall through the block and a setback of 63mm will align the concave and convex sections of alternative layers.)
Remember to fill consecutive blocks with topsoil if these are to be planted up and remember to compact blocks and backfill. Behind all layers there should be a layer of minimum 300mm wide of compacted drainage material, such as free draining sand.
Your wall is now ready to be planted up or left as is. 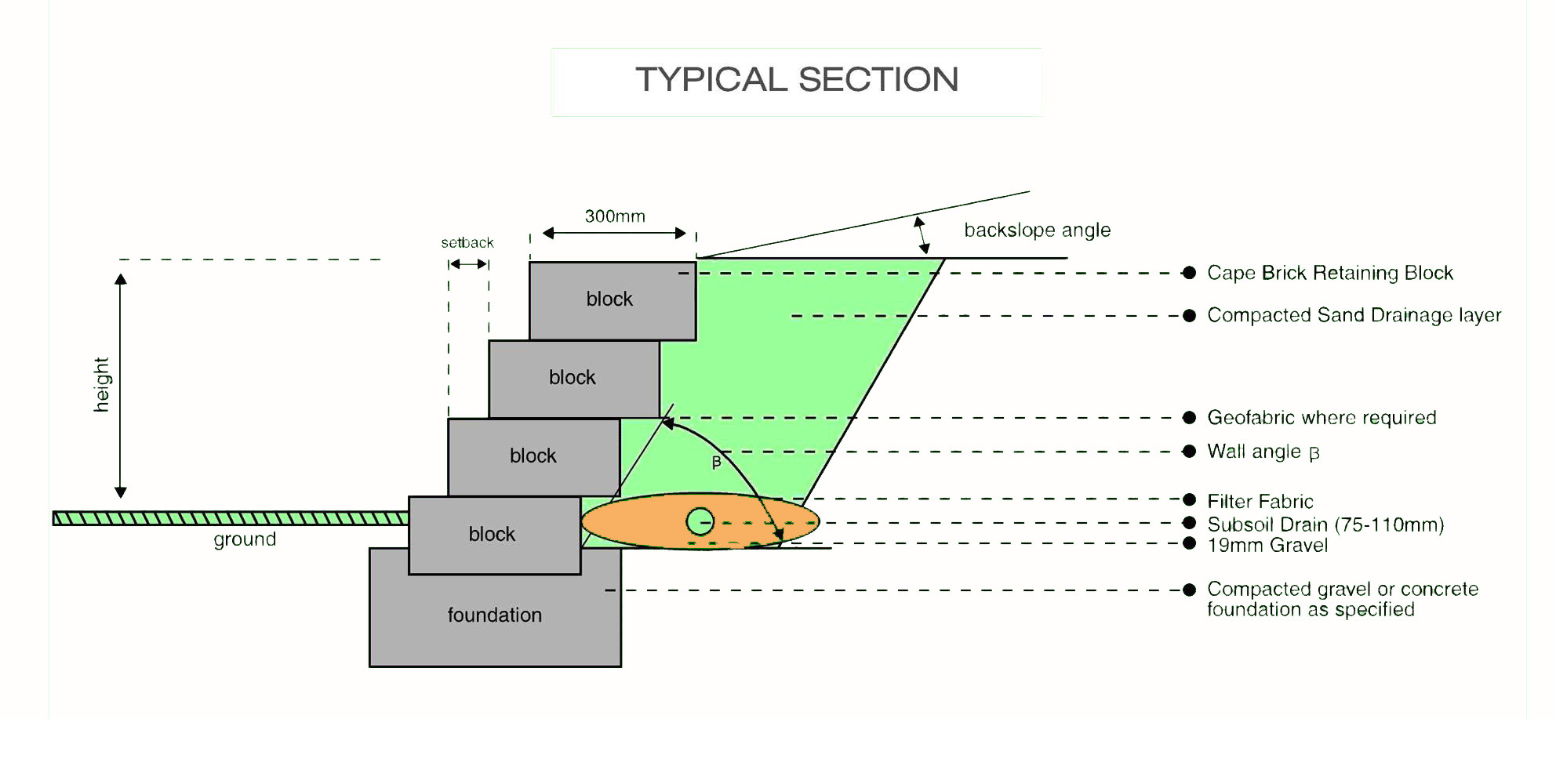